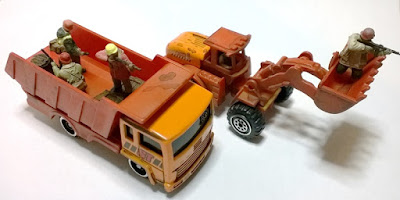 My first completed miniatures of 2019 are a couple of vehicles for use with Gaslands (and other post-apocalyptic road combat games, like Axles & Alloys). This front loader and dump truck came from the same dollar store blister pack. Can you figure out the theme here? 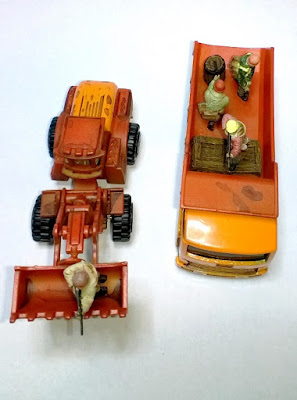 I took them apart and sprayed the plastic components with a darker shade of orange. Since I didn't have any old Warhammer 40K bits to convert to weapons like other gamers tend to use, I decided to accessorize the vehicles with 1/72 figures from hobby stores or flea markets, painted like construction workers. 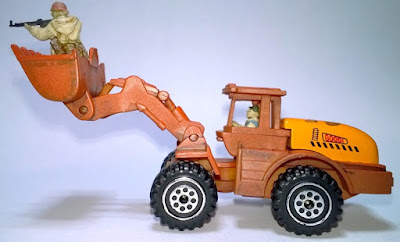 Inspired by the great Kaptain Kobold, I have decided to name all my post-apoc rigs after song titles. Thus, I present to you: Who Can It Be Now? This vehicle has a driver from a halftrack model and the shooter from a box of WWII Germans. 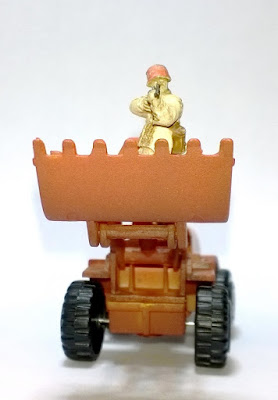 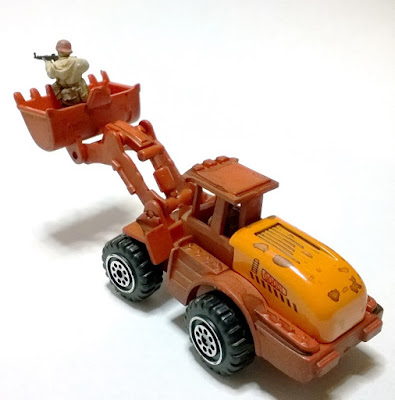 The dump truck shall henceforth be known as Overkill. The figures in the back are all German soldiers from the same sprue as the guy on the front loader. 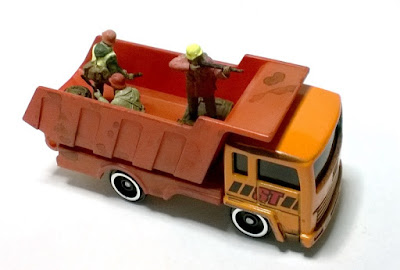 Confession time: I wanted to get into Gaslands because I thought that painting die-cast cars would be a lot simpler than painting figures of people or creatures. So what do I do? Decide that the first vehicles I paint all need crew miniatures! 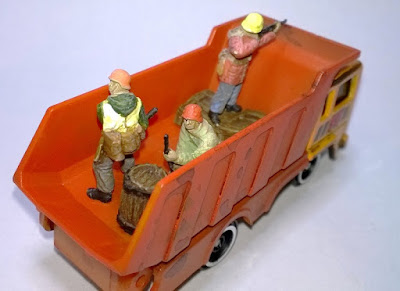 It took me all afternoon to get these figs painted to the level I'm comfortable with--that is, a tabletop standard. The photographs bring out all their flaws, but I think they look fine at arm's length on the gaming mat. 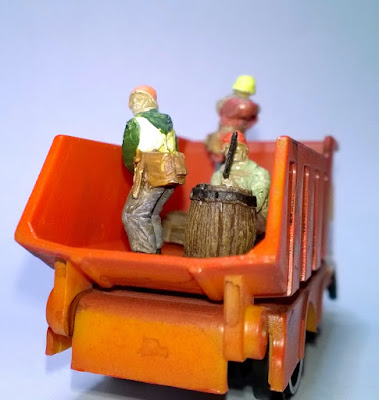 In addition to the soldiers, I placed some containers from Reaper's Bones to give the guys cover and something to stand on. 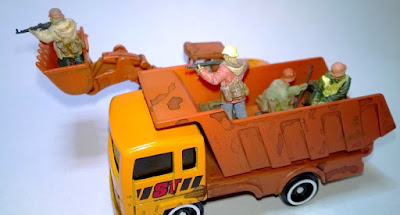 OK, that's two down, and another couple dozen to go. Who knows? Maybe I will get enough of these done to run a game of Gaslands before 2020 gets here.
Posted by Desert Scribe at 8:47 PM

Those look great.
I can totally relate to wanting to start a simple project, and then it inexplicably expands into a custom conversion frenzy.

Thanks, Major! Yes, I've seen your projects take on a life of their own.