... back in 1977, Marvel Comics published a monthly Star Wars comic book, beginning with a six-issue adaptation of the movie, that ran for 107 issues before ending in 1986. 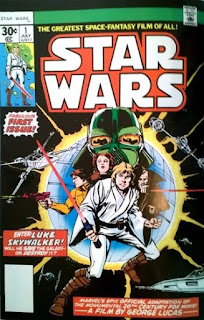 In 2002, Dark Horse Comics started reprinting the series in trade paperback format. Reading through my collection in anticipation of the new movie coming out next month, I found a few interesting artifacts from the adaptation of the original movie (before it was ever referred to as Episode IV). 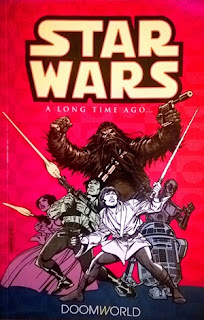 For one thing, the comic that made it onto newsstands contains scenes that didn't make it into the theatrical release, such as Luke witnessing the opening space battle between the Rebel blockade runner and the Imperial cruiser from the surface of Tatooine. 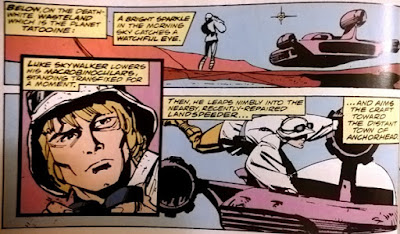 There's also the hero's encounter with his friend Biggs before the latter departs the desert planet to be seen again in the attack on the Death Star. In addition, the comic contained a much different version of Jabba the Hutt--humanoid, not slugg-like--in an encounter with Han Solo. 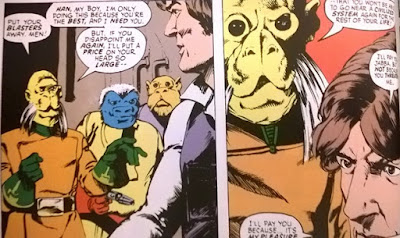 There are other minor differences in dialogue and terminology between the print and screen versions, but no big changes in the plot. I did find it interesting that the Rebels referred to the X-wing pilots as Blue Squadron instead of the Red Squadron familiar to moviegoers. 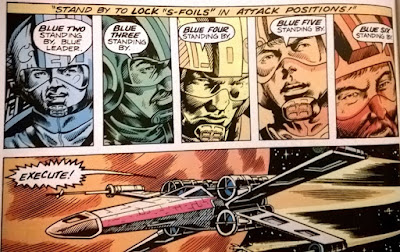 The first six issues were a fun start to a series that had some great writers and artists over the years, back before there was an Expanded Universe or any continuity other than the blockbuster movie called Star Wars.
Posted by Desert Scribe at 12:08 PM 4 comments: Links to this post 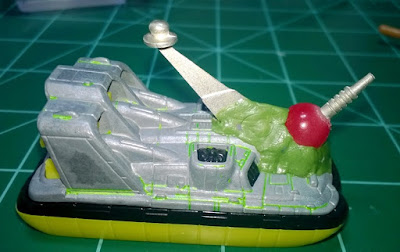 I'm working on a Ground-Effect Ogre (GEO), using a Matchbox hovercraft as the chassis. In addition to some spare Ogre parts, I'm using a craft bead for the turret, and a whole bunch of green stuff--which is very difficult to work with. 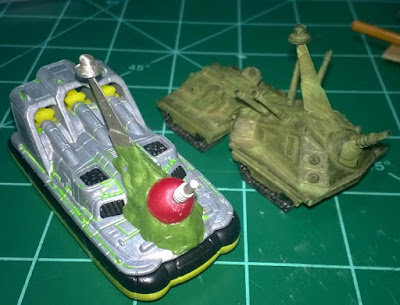 It should look better after some sanding and a paint job. I'm also drafting rules for the GEO, which I envision as faster than a typical cybertank, but far more vulnerable because of its hover system. It's about the size of a Mark III, and I haven't decided how many weapons to give it. 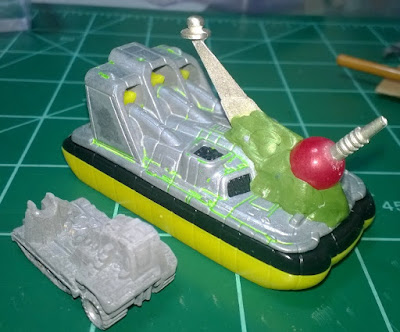 I also rounded out my Ogre Miniatures collection with a number of light tanks, both PanEuropean (of which I already had a handful) and NA Combine (missing from my roster until now). 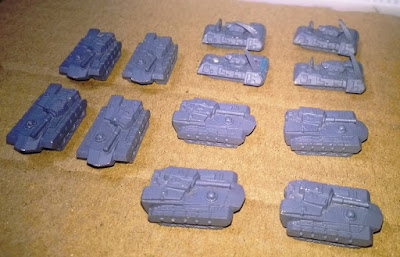 A dip in the Pine-Sol and I can paint them up to match the rest of my forces.
Posted by Desert Scribe at 5:29 PM 3 comments: Links to this post

My first games of Kings of War 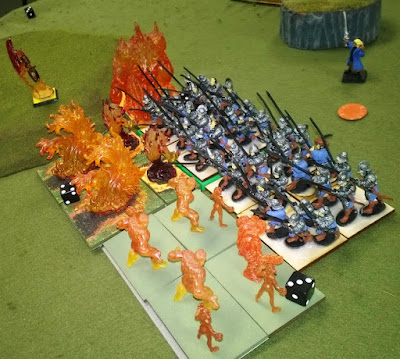 OK, this was from almost a month ago, but I'm just now blogging about it. I played my first games of Kings of War at Great Hall Games in early October and had a good time. 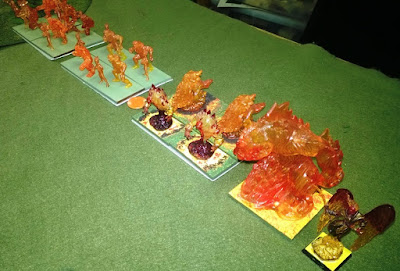 I built my army from one of the new forces previewed on their website: Salamanders. It's mainly a lizardmen army analog, but it does include fire elemental troops, so I was able to use some of my new and old Hordes of the Things minis--the Sons of Muspel. 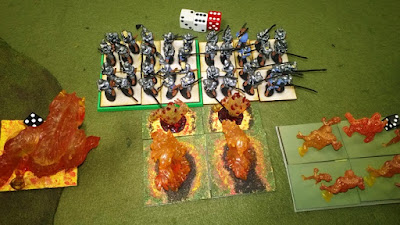 In my first match, I managed to defeat one of the Kingdoms of Men armies made from historical figures, despite my regiments' tendency to waiver (i.e., turn chicken, as indicated by the marker). 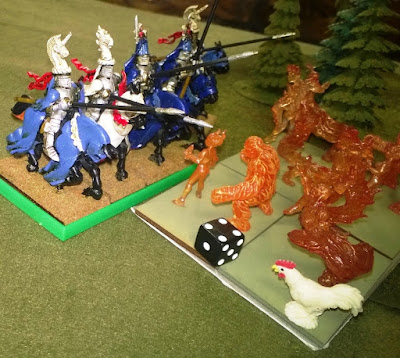 It was an escalation league; the idea being to start out with small points values and build your armies up over several weeks. 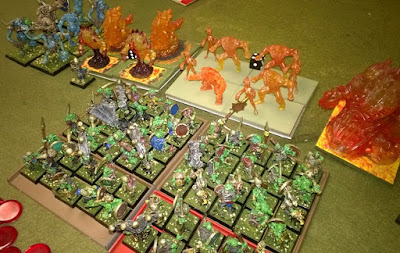 My second game was against an Oldhammer goblin force that ended in a loss. 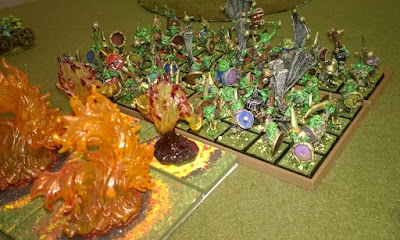 I like the way the game plays, although I flaked out on the league and only played one more time. Still, I enjoyed it. 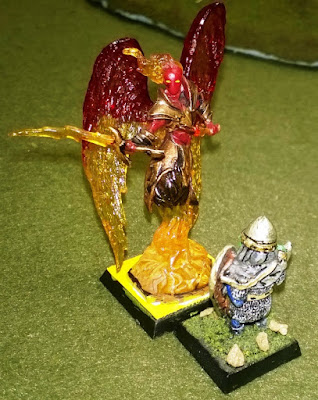 I need to finish my armies and have a few more games.
Posted by Desert Scribe at 11:10 PM 3 comments: Links to this post

Taking up Kings of War

Wow, September's over, and I managed to avoid posting a single blog entry. 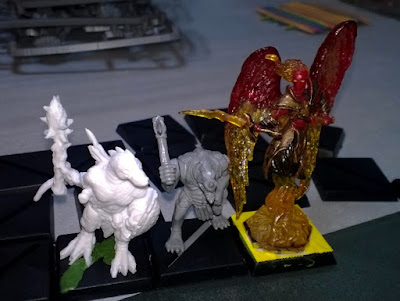 Anyway, here are some work-in-progress shots of my latest project: a Lizardmen army for Oldhammer/Salamanders army for Kings of War. I like getting my minis cheap, and using them for more than one game. 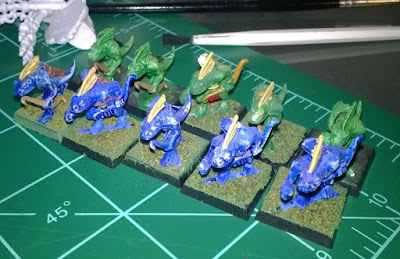 The figures above are not my paint job; I got them already painted from eBay. Below are some more I've based and need to prime that came from my Half-Price Books score. 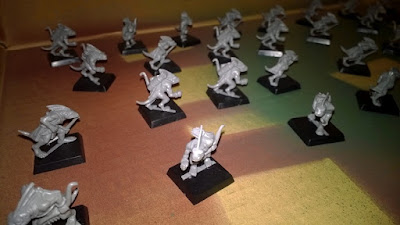 I may also use some of these guys for Hordes of the Things as well as Book of War. As I said, I like to get mileage from my figs.
Posted by Desert Scribe at 8:15 PM 2 comments: Links to this post

Email ThisBlogThis!Share to TwitterShare to FacebookShare to Pinterest
Labels: Book of War, Hordes of the Things, Kings of War, Oldhammer

Those are some of my favorites. Readers, what about you? Any posts on SGDN that really stood out for you?
Posted by Desert Scribe at 9:06 PM 3 comments: Links to this post

As my weeklong celebration of Super Galactic Dreadnought's fifth birthday continues (previous pics here and here), have a look at some more photos of my assembled fleets:
Hope y'all are enjoying these.
Posted by Desert Scribe at 7:01 PM 1 comment: Links to this post

Posted by Desert Scribe at 8:40 PM 2 comments: Links to this post 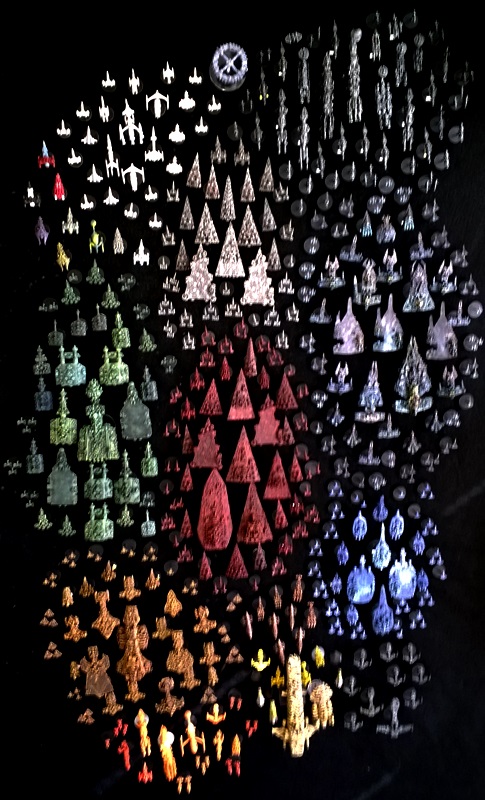 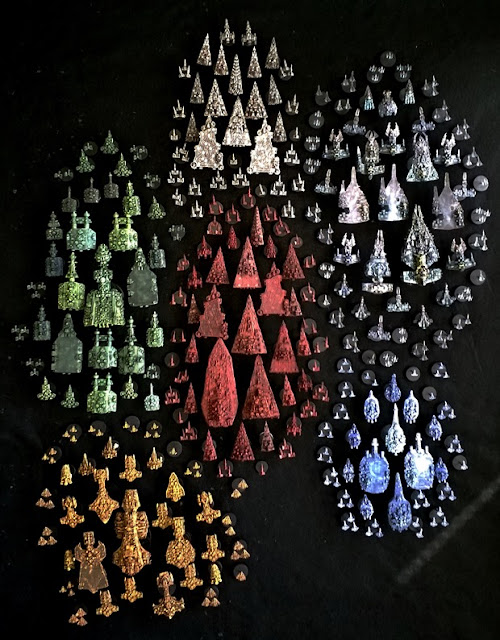 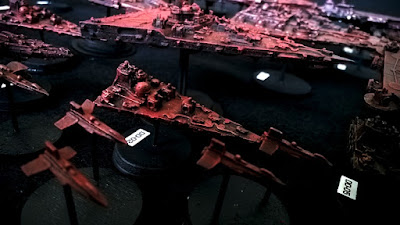 Thanks for reading Super Galactic Dreadnought, and stay tuned for more starship pics.
Posted by Desert Scribe at 11:14 PM 11 comments: Links to this post 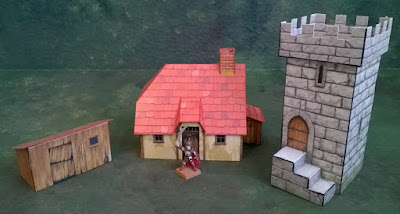 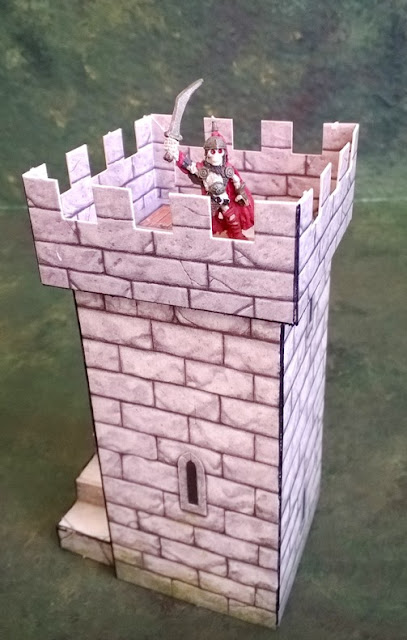 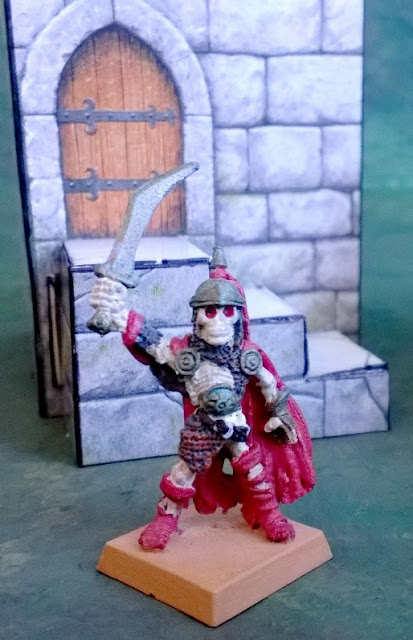 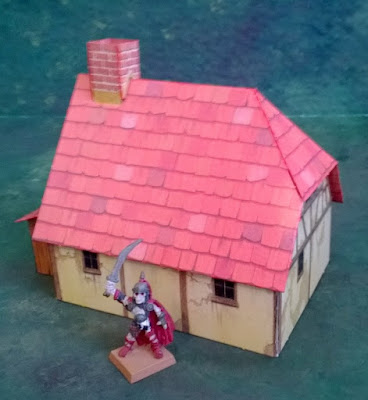 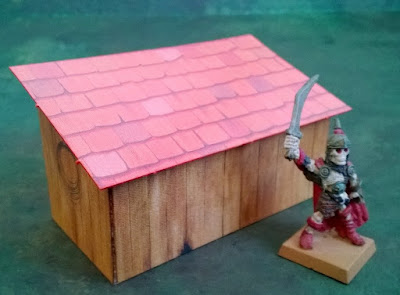 These three structures will make a nice area to fight over or around once I have some Oldhammer forces to put on the table. They will also go well as terrain for Song of Blades and Heroes games, or even Book of War.
Posted by Desert Scribe at 12:43 PM 5 comments: Links to this post 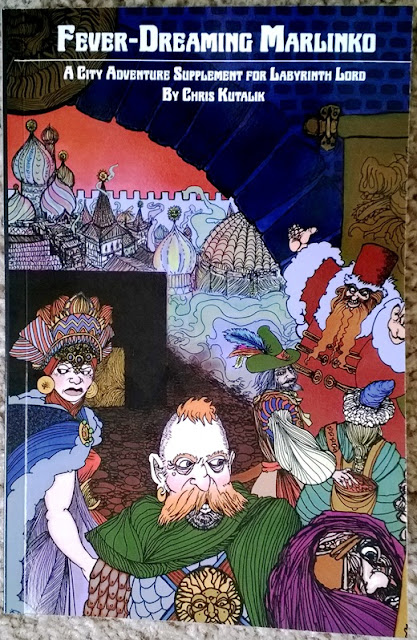 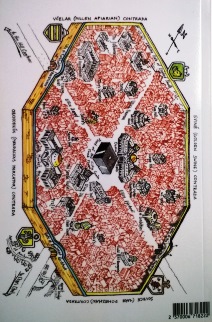 It's chock-full of adventure hooks, colorful nonplayer characters, numerous cultural references, and great art--including the front cover pictured up top and this city map on the back cover. So go check out Fever-Dreaming Marlinko, and tell 'em Mandamus sent you!
Posted by Desert Scribe at 6:48 PM 1 comment: Links to this post