Spaceships! It's been a long time since I had a space battle. Last month, I played in a three-way match with a couple of members from our gaming group using the Galactic Knights rules. 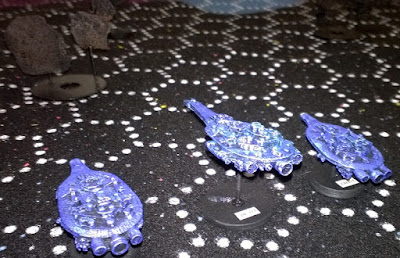 I had a trio of Aquarian ships: Two Barracuda-class cruisers (the Ann Wilson and the Nancy Wilson) and a Shark-class battlecriser (the Jaws). 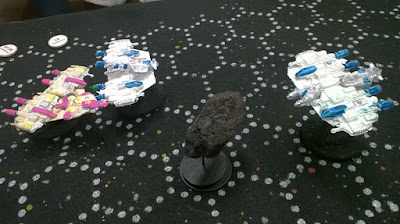 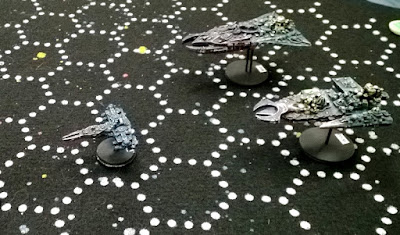 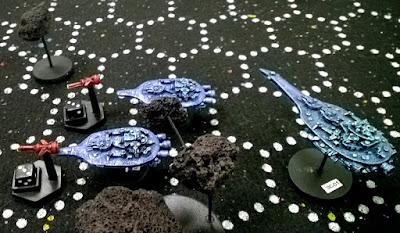 Not much of a scenario; just the three squadrons stumbling into each other as they explored an asteroid field. As I set myself up between the other two players, my small fleet quickly came under fire from Terran missiles and fighters. 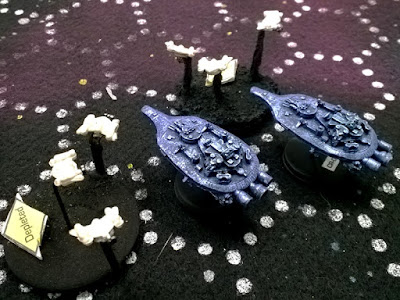 I wanted to share the love, so I split my attacks between the Terrans (beam weapons) and the Entomalians (missiles). 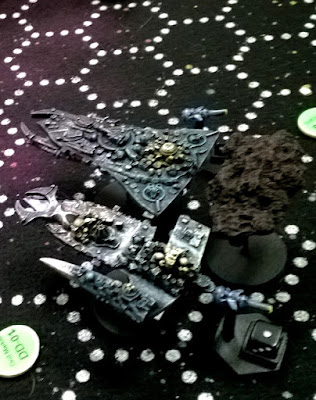 The humans pressed the attack, and my amphibians could not repel firepower of that magnitude, and I lost the Nancy Wilson. 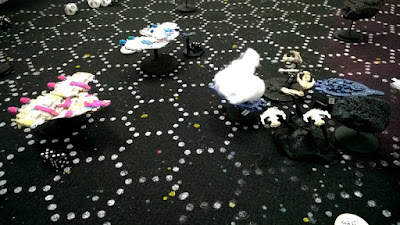 The battle continued, with the insectoids drifting close to my battlecruiser as we traded shots. 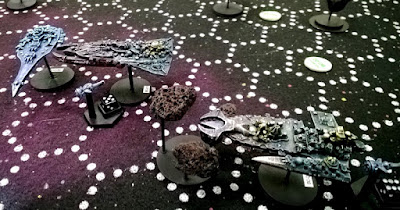 The same thing was happening with the Terrans and my remaining destroyer. While I scored some hits, I didn't take out any opponent's ship. 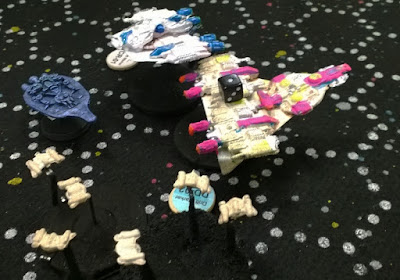 My squadron commander knew he was beat, and he ordered his two vessels to make their way out of the asteroid field. In the end, the other fleets were somewhat damaged, but still battleworthy. If neither one of them outright won, they did tie in defeating me. But I didn't mind--because spaceships!
Posted by Desert Scribe at 12:06 PM 4 comments: Links to this post

Museum of the Pacific War 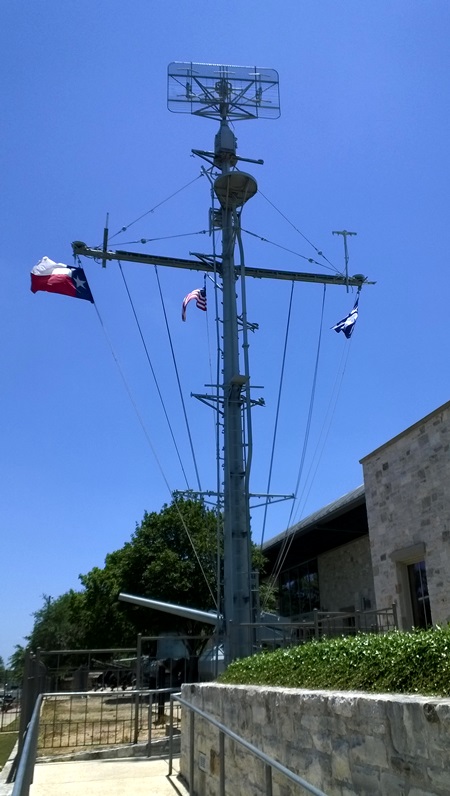 I recently had a chance to go back to the National Museum of the Pacific War in Fredericksburg, Texas (hometown of Fleet Admiral Chester W. Nimitz). The museum is well worth the visit.

There's plenty of hardware on display--American, British, and Japanese.

In addition to land, sea & air vehicles and artillery, the facility displays weapons, uniforms, and equipment from the Pacific theater of World War II. 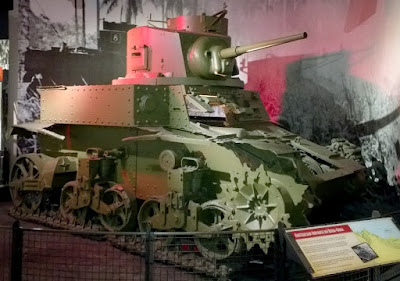 More importantly, the historical displays are detailed, and there are plenty of them. In particular, I found the background on the prewar interactions between the West, Japan, and China to be very interesting. 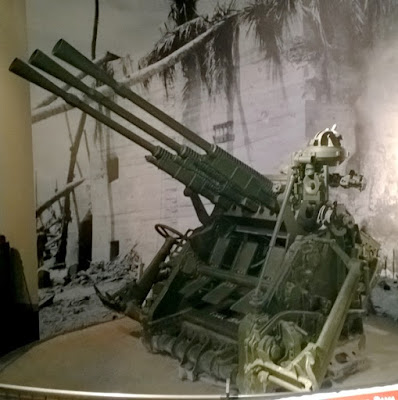 The runup to hostilities is well documented, and there are videos and interactive displays throughout the museum. There's even a Japanese mini-sub. 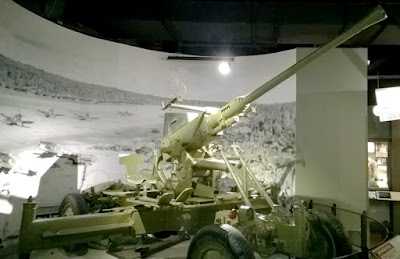 The museum documents all aspects of the war in the Pacific; while U.S. viewpoints are most numerous, the museum acknowledges the contributions of allies as well as the perspective of the Japanese. 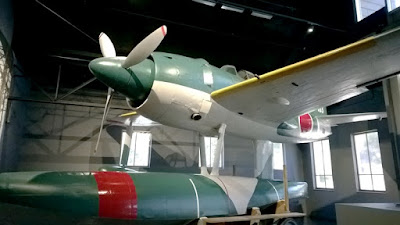 There's a lot to see--you should plan on taking all day, or parts of two days, to make sure you absorb everything.

Also of interest to the gamer in me, a couple of models and dioramas.

I'm lucky that Fredericksburg is just a couple hours' drive from home. The museum is world-class. 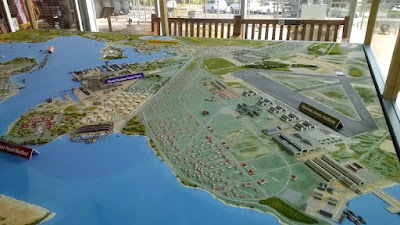 If you ever have a chance to visit the National Museum of the Pacific War, I highly recommend it.
Posted by Desert Scribe at 9:34 PM 4 comments: Links to this post 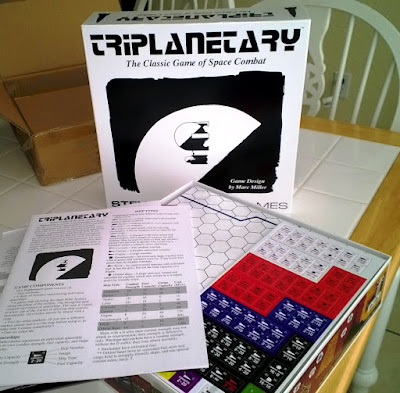 Triplanetary is the grandaddy of all vector movement spaceship games, dating back to when Marc Miller (of Traveller fame) created it in the 1970s. I went in on the Kickstarter when Steve Jackson Games (which had acquired the rights to the game) decided to publish a new edition of Triplanetary. Well, today the game arrived: nearly a hundred counters worth of spaceships, a rulebook, and two maps representing the Solar System that cover my entire kitchen table when unfolded. I'm looking forward to trying out some of the scenarios in the rulebook and zooming around the planets according to the laws of physics.
Posted by Desert Scribe at 11:40 PM 3 comments: Links to this post