Burrows and Badgers and battles 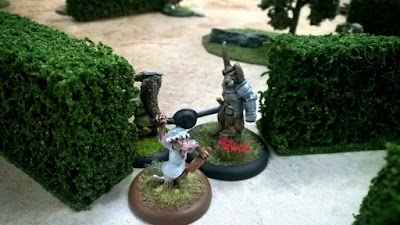 Back in May, my Burrows & Badgers warband had its best outing of the campaign. The scenario was Witch Hunt, and a combination of luck and profligate use of Fate Points made my creatures into killing machines. 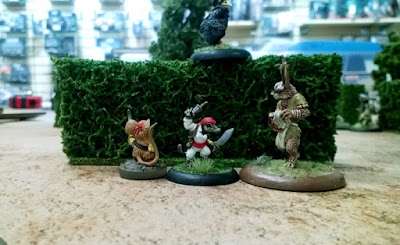 I knocked six of eight opposing figures out of action in that battle, winning the fight and achieving my secondary objective, which was to take out at least four enemies. It was the first time I won a game by routing my opponent. 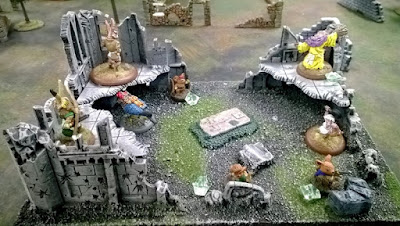 It was also the last. The next game was Defend the Camp, with me as the defender. By this point in the campaign, everyone's critters have all sorts of equipment and special abilities to make them deadlier. My leader hit my opponent's leader with a masterwork pistol, and various skills added up to 17 points damage, taking the commander out of action. 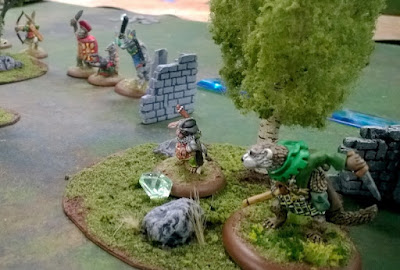 The other player's critters had all sorts of perks as well, meaning he one-shotted my guys a couple of times. Unfortunately, I only managed to eliminate one other figure of his, while he took out six of my creatures to win the game--a complete reversal from last week. Still enjoyable, though. 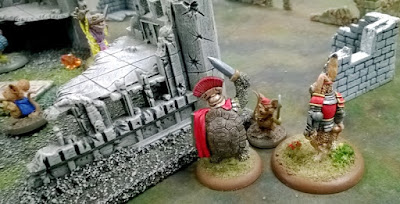 But that was the last B&B game we will be playing for some time, as we're going back to the game that got all of us together, Frostgrave sometime soon. I'm looking forward to it.
Posted by Desert Scribe at 10:38 PM

Looks great!
Shame it will be the last game for a while, but then again Frostgrave is cool too!

As long as there's gaming, right?