By This Axe in action 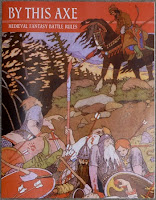 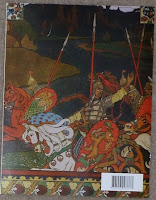 The other day Chris was kind enough to give me a hardcopy of his fantasy miniature wargame, By This Axe.  As you can see, it looks good in print, both front and back.  That reminds me, I need to post pics from our battle of last month.  I went over to  Chris's to play a quick game.  He had the forces set up, including judicious use of dungeon tiles as movement trays. 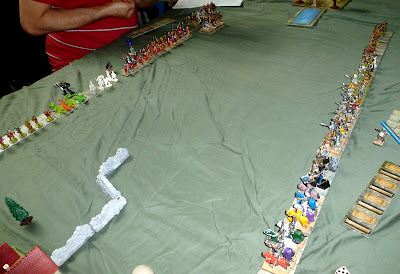 I had mostly humans, and some hobbits, against the lich's evil guys and monsters. 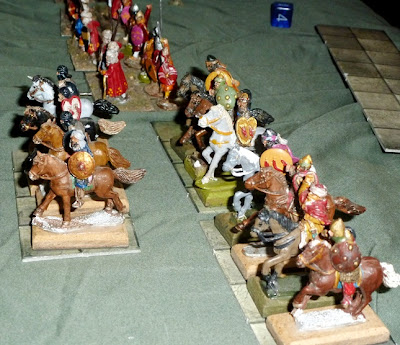 I had plenty of knights, along with a nice band of archers.  Each side also had a number of characters (leaders), including paladins, fighters, wizards, and clerics.

Several times our forces met, and retreated from each other.  It requires a leader to rally a fleeing unit, otherwise it proceeds off the battlefield. 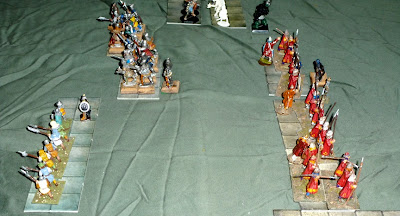 There were some fantastic units, like this band of giant lizards that my knights managed to flank. 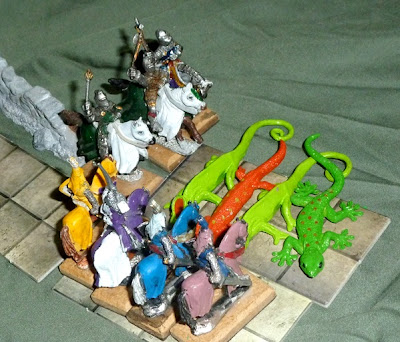 My band of elite gladiators fell to the group of  ghost minotaurs, summoned from the Hall of the Mountain King in the wilds of the Hill Cantons. 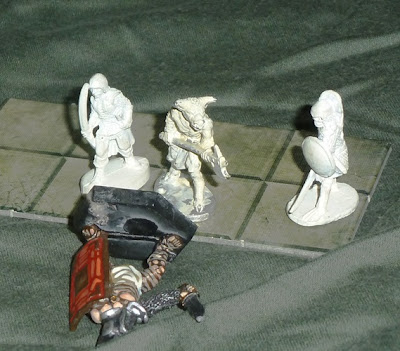 In the end, my band of warriors drove off the forces of evil, keeping the land safe until the next game of By This Axe. 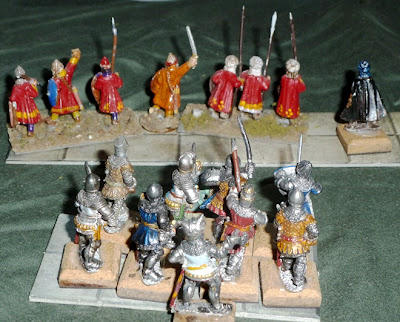 My thanks to Chris for the copy of the rules and for hosting.  We're thinking of starting a campaign using these rules.  I'm looking forward to it.
Posted by Desert Scribe at 12:32 PM 5 comments:

Email ThisBlogThis!Share to TwitterShare to FacebookShare to Pinterest
Labels: battle reports, By This Axe I Rule 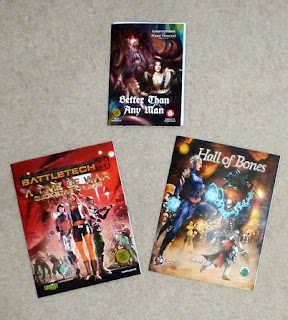 I had forgotten that last Saturday was the day of the Free RPG giveaway.  In town on other business, I hit the game store not long after it opened and picked up a trio of products, gratis. 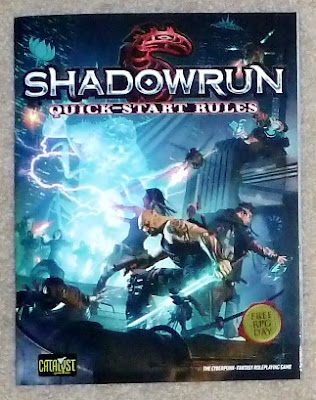 One book was a front-back combination, with Shadowrun on one side and a Battletech RPG on the other.  I haven't read it yet, but I might have to give both of these a shot. 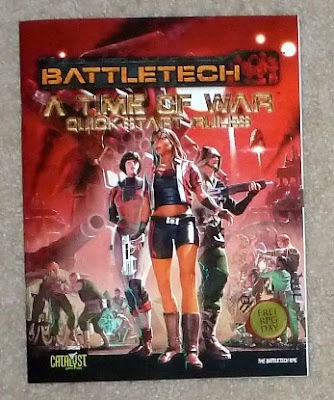 There was also Hall of Bones, an intro adventure and rules from Frog God Games, publisher of the Sword & Wizardry retroclone.  The adventure was pretty short, and not much potential for long-term play.  But it was free, so let's not conduct a dental evaluation of a donated equine. 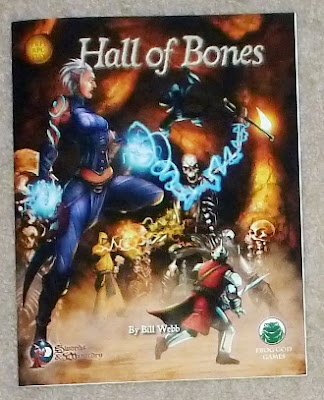 The final book was Better Than Any Man, an adventure/sandbox setting for Lamentations of the Flame Princess.  This is a 96-page book that details part of what is now Germany during the Thirty-Years War.  It's a historical setting with some  magic and horror mixed in, and this thing could easily sell for $20.  It's also caused a bit of controversy. 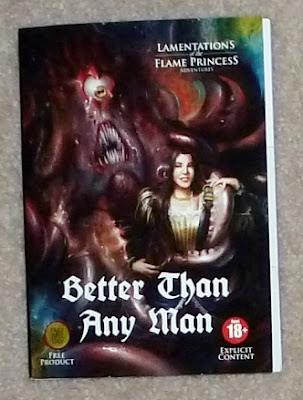 Anyone else pick up some of these free offerings last week?  What did you think?
Posted by Desert Scribe at 1:23 PM 1 comment: 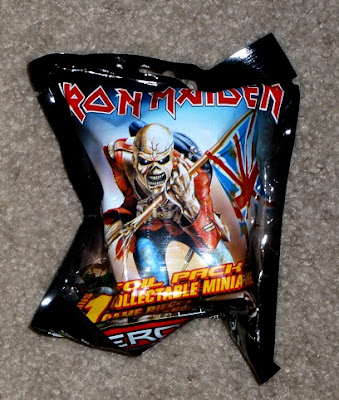 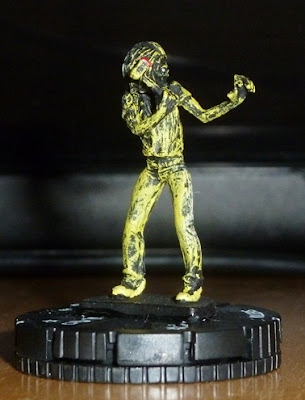 These prepainted minis are based on Eddie, the mascot that appears in various incarnations on all the album covers and stage shows of the heavy metal band Iron Maiden.  They even come with a stats card, with powers based on the songs from the album on which that version of Eddie appears. 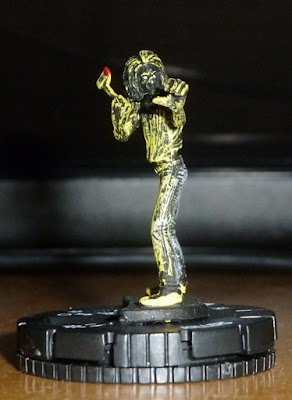 This particular figure comes from the Killers album--I was hoping for The Trooper, but since these are blind purchases, it's the luck of the draw.  Still pretty cool. 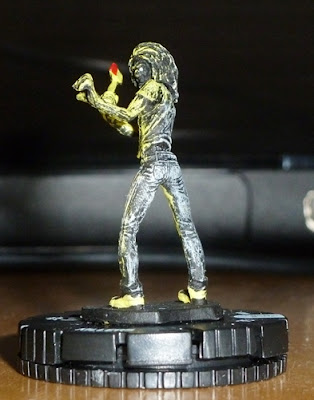 On reflection, it shouldn't be surprising that IM licenses a gaming property.  After all, Maiden songs come from some of the same sources as D&D and other fantasy/SF games: Conan, Dune, etc.
Posted by Desert Scribe at 7:13 PM 7 comments: 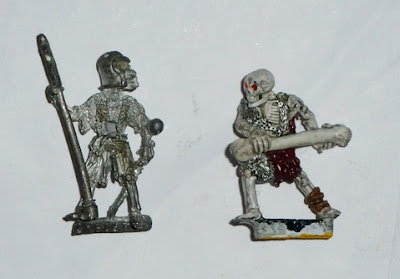 I picked up a pair of Warhammer minis for a song on ebay recently.  I don't need another skull chucker catapult crewmember like the guy on the right, but that Nightmare Legion figure on the left will allow me to round out one more stand of skeletal halberdiers, expanding my undead army for Hordes of the Things.  Now to actually start painting all this metal I've accumulated.

Posted by Desert Scribe at 7:50 PM No comments:

Email ThisBlogThis!Share to TwitterShare to FacebookShare to Pinterest
Labels: Hordes of the Things, Warhammer 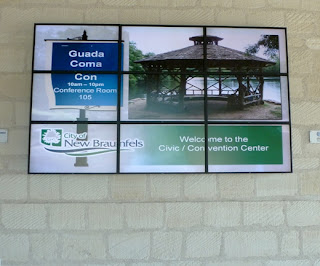 Mark your calanders and paint your miniatures!  This year's GuadaComaCon will take place on Saturday, August 17 in New Braunfels at the usual venue.  More details coming soon.
Posted by Desert Scribe at 8:16 AM 12 comments: