Even though I'm a fan of early Dungeons & Dragons, my entry into the game was via the Holmes basic set, followed by the hardback Advanced D&D books. It wasn't till decades later that I found some of the original supplements (in good condition) in a used basic set purchased from a hobby store. 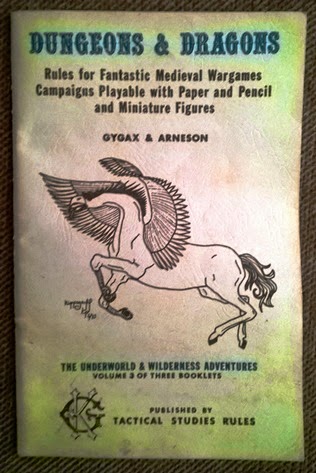 Now my collection is closer to completion. I was able to acquire a copy The Underworld & Wilderness Adventures, the third volume of the original edition of Dungeons and Dragons, as well as the second supplement, Blackmoor, both for a reasonable price. 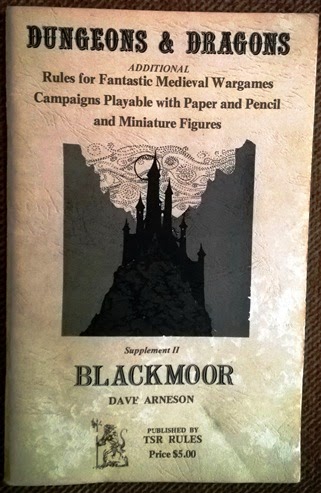 I already have the other supplements--Greyhawk, Eldrich Wizardry, Gods Demigods & Heroes, and Swords & Spells. So to round out my colletion of original D&D books, I need to track down the first two volumes; Men & Magic and Monsters & Treasure.
Posted by Desert Scribe at 4:31 PM 2 comments: 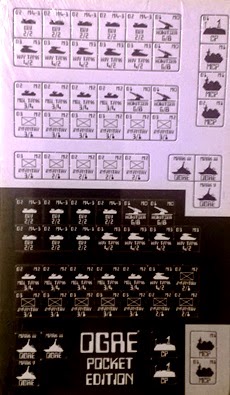 For future reference and for creating scenarios, here's a list of the counters that you get for your three bucks in the ziplock-bagged OGRE Pocket Edition. There are 140 counters total--70 each on two identical sheets. Each sheet break down as follows:

That's a lot of counters, more than enough for the standard kill-the-command-post games. So what scenarios come to mind with all these units, especially the conventional forces?
Posted by Desert Scribe at 8:34 PM No comments:

OGRE expansion in the works 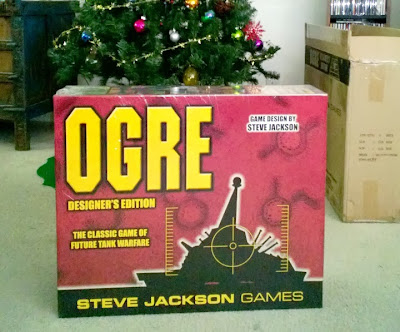 In an update to their Kickstarter page, SJ Games announced they're working on a survey to determine the contents of the expansion to OGRE Designer's Edition that was promised as a stretch goal during the funding campaign that would include "new units and at least one map."

No one's asked me, but here's what I'd like to see in an expansion:

Those of you who have OGRE DE, what would you like to see in the expansion?
Posted by Desert Scribe at 8:04 PM 2 comments: