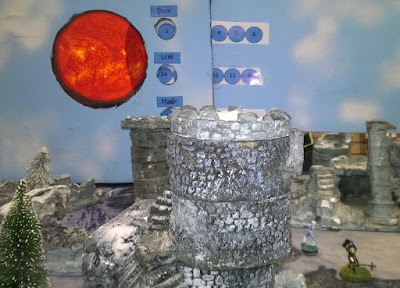 At our Frostgrave night last Thursday, we started playing the Thaw of the Lich Lord campaign. The first scenario involves a skirmish during an eclipse, so Yosef, one of the players, made a nifty piece of scenery to track the in-game effects of this celestial event. 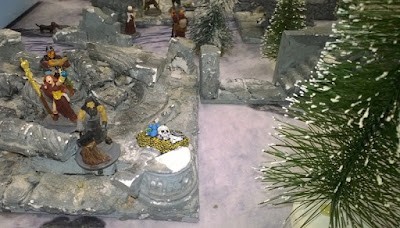 We had five players show up, with two maps, so we played a two-player and a three-player game. I was one of the three. My wizard (below left) is an enchanter whose inn went out of business when the economy crashed, so she turned to treasure-seeking with some of her friends and relatives. 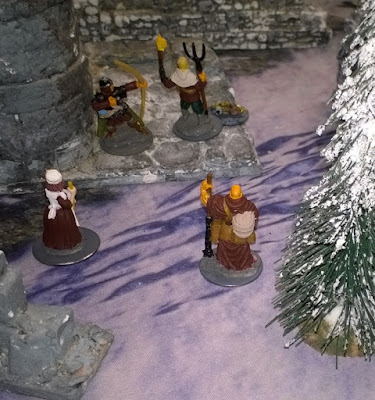 While I have all my figures painted, I still need to detail them with a wash and some highlighting. 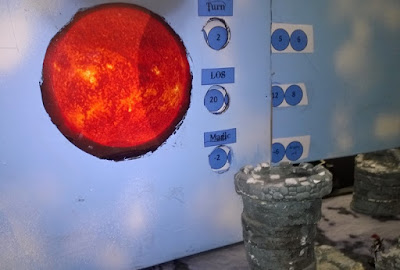 As the eclipse progressed, it got easier to cast spells, but harder to see. 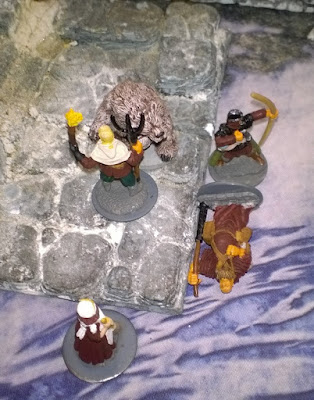 And of course my soldiers got into trouble--another wizard's bear killed my infantry, and then tried to eat my treasure hunter.