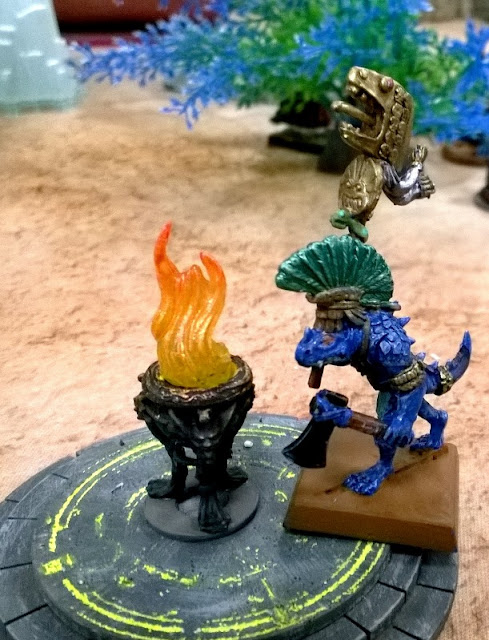 As September wraps up, let me share the wrapup of our Frostgrave campaign. We started the scenarios in the Forbidden Pacts supplement (lots of demons and barbarians), and my original warband, the tavern folk, lost its wizard when she failed a survival roll. So the next game I replaced the townspeople with my lizardman warband, led by the elementalist Topo Chiko (above). 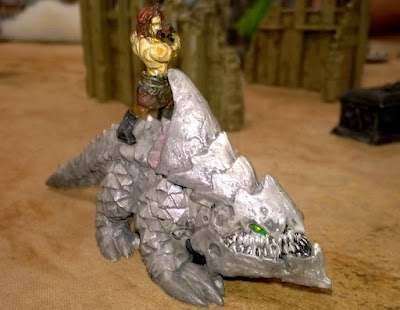 In the final scenario in the Forbidden Pacts book, you encounter a barbarian lord on a rhino as kind of a final boss. We didn't have a rhino, so we used one of my barbarians on a Reaper Bones bulette-equivalent. 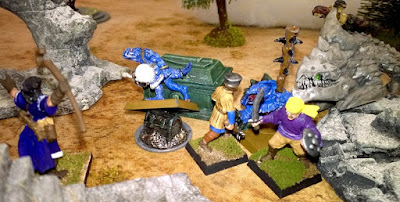 There was lots of back-and-forth with my opponent's warband, struggling to snag treasures as various barbarians joined the fray. The barbarian lord was tough, but several Elemental Bolt spells helped take him out. 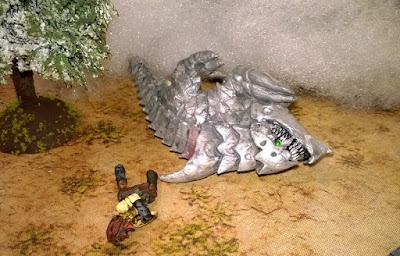 After that, we set aside Frostgrave for a few weeks, but we shall return. It's a fun game, and the closest to an ongoing role-playing game campaign I've had in a while.
Posted by Desert Scribe at 10:43 PM 2 comments: