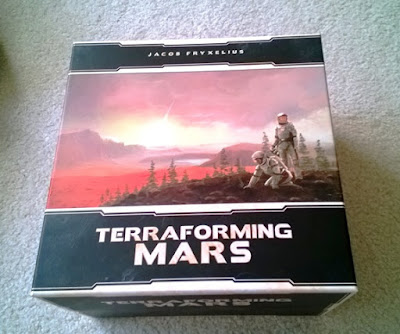 So I got my Big Box expansion for Terraforming Mars recently, and it is certainly big. I had pledged for the small box, with just the 3D tiles, but instead they sent the Big Box, with the tiles, storage containers for various game tokens, and boxes for the cards, all designed to fit in the huge box that's big enough to hold all the expansions. Like I said, this expansion is large--more than twice as deep as the box for the original game. I have plenty of room for all the expansions I own (Prelude, Colonies, Venus Next, and the extra maps).

The storage is pretty well thought out, and it's easy and quick to pack and unpack the game. The box with all the stuff is kinda heavy, though. And while the 3D terrain tiles don't affect game play, they certainly do enhance it. I like the way the greenery and city markers, as well as the special project tiles, look on the game board. I also got the transparent plastic domes as an add-on, because they look cool, too. 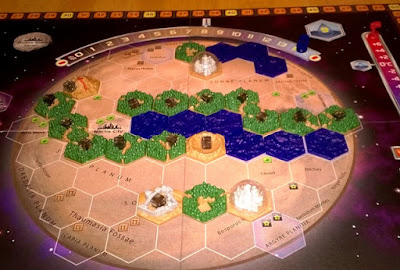 This product also came with some promotional cards: 18 new projects and two new corporations. So I played some solo games, using each of the new corporations on each of the three maps (six games in all), and succeeded in terraforming Mars each time! It was fun to have this new terain out on the map, and I'm looking forward to playing this with live opponents once our group starts face-to-face gaming again. 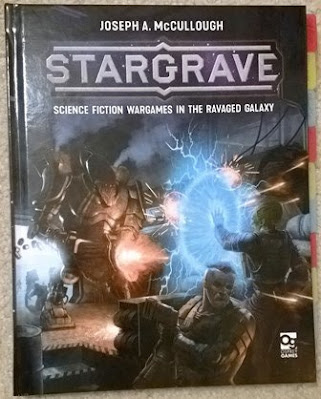 I just got my copy of the Stargrave rulebook, and after hearing about it for so long, I'm looking forward to playing a few games. With more people vaccinated, it looks like in-person gaming will pick up again, so I need to star assembling my crew.

While the official Stargrave minis look cool, I have a bunch of old Rogue Trader figures I plan to dust off and get on the table.  Here are a few of them, which I used in Hordes of the Things until the Great Lead Avalanche of 2010. Not sure exactly how I will stat them out, but it will be fun playing once more.