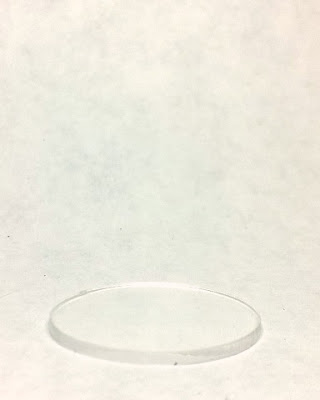 This past week was crazy for anyone living in Texas, so I didn't get much done in the way of miniatures--except for this invisible stalker.

Our house went four days without power and water as areas all over the state saw record low temperatures and for record durations.

We stuck it out the first couple of days, but we eventually gave in and stayed with friends till our electricity and water pressure returned. Still, we were very fortunate compared to many who saw massive damage to their homes--not to metion those who died because of the storm.

So it's nice to get back to miniatures, even if I am being a little silly. Thanks for your patience; here's a bonus pic of the new figure next to another 28mm model. 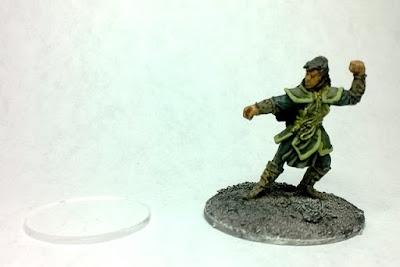 These are unprecedented times we're living in, so take care!
Posted by Desert Scribe at 6:11 PM 6 comments:

Email ThisBlogThis!Share to TwitterShare to FacebookShare to Pinterest
Labels: At Least One Miniature A Week, humor, stupidity 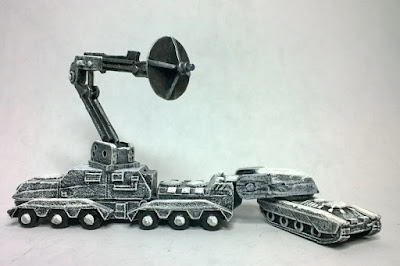 This week's miniature is a Mobil Energy Weapon Vehicle (MEWV--get it? Because it moves!) that I plan to use with my Monopolis setup for Ogre. My brother generously sent me this as a birthday gift after I offhandedly mentioned it when we were talking about gaming. 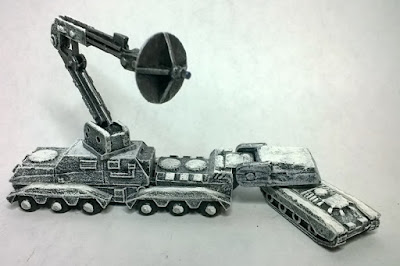 The casting itself is called the Gojira Hakaisha Laser Projector, from Reviresco's 6mm sci-fi Days of Empire line (there's some other minis in that range that might come in handy for Ogre games, too). 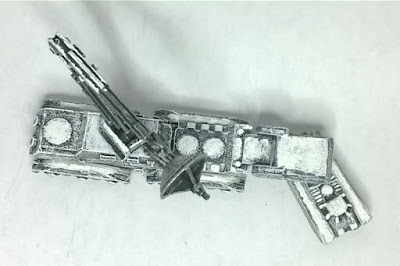 I really like all the details on this model; it has an old-school science fiction vibe. The only thing is, it came in a lot of pieces--with no instructions! 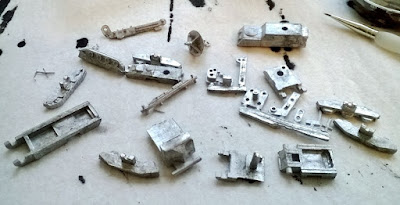 Despite the fact that the vehicle was unassembled, with 24 parts (11 just for the laser arm assembly), I managed to put it together, and with just one piece left over! 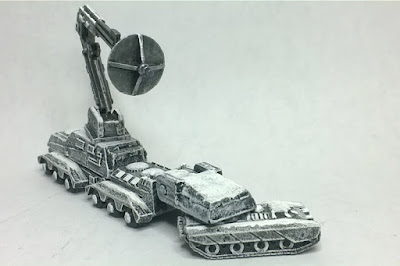 Maybe this record cold front that hit Texas this week was an influence in my white paint scheme. I was going for sort of a stark white 1970's aesthetic, but I don't think it came out that way. Still, the model looks pretty cool. 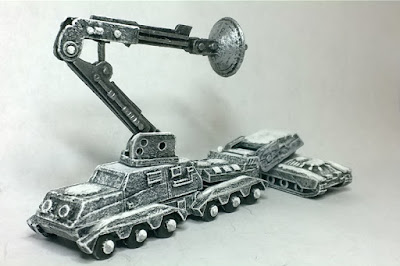 As you can see, it is big in its scale, with the trailer as long as an Ogre Mark III, and the laser arm is even taller than the cybertank's sensor tower. 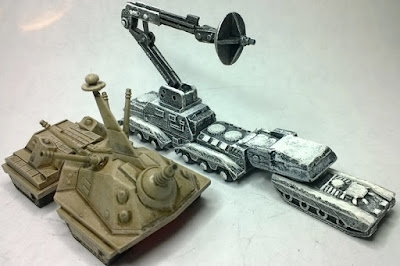 It was painstaking to assemble, and I'm not completely sold on the paint job, but all in all I'm satisfied that I finished this monster. The Gojira MEWV will fit in just fine on my tabletop. 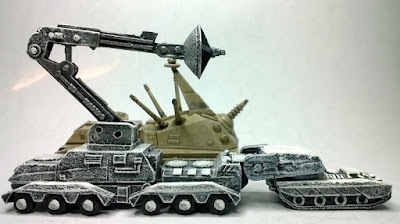 Meanwhile, I hope everyone else is staying warm this weekend, and working on a gaming project when you get the chance.
Posted by Desert Scribe at 4:47 PM 4 comments:

Email ThisBlogThis!Share to TwitterShare to FacebookShare to Pinterest
Labels: At Least One Miniature A Week, galleries, Monopolis, OGRE/GEV, painting 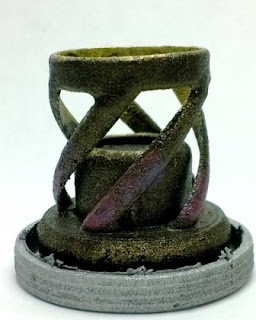 Technically, these aren't figures, but I did paint them, so I'm counting them for my ongoing project to get paint on miniatures. I will be using these items as objectives/markers/eye candy in skirmish games like Frostgrave. 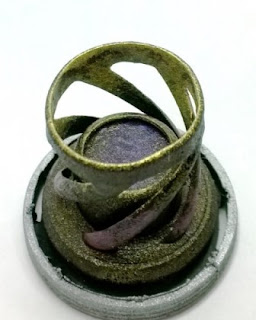 The first submission is this alien artifact, suitable for science fiction games as well as fantasy scenarios. I used color-shifting paint to try to give it an extradimensional look; I think the object comes across better in person than in photos. It does look good next to this 28mm mini. 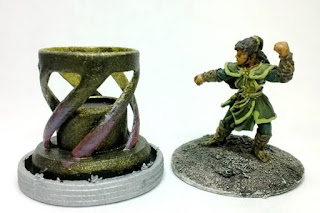 I then painted a couple of soft plastic Buddha statutes that vaguely remember buying at some toy store. I mounted them on small washers for stability and then painted one kind of silvery and the other sort of golden. 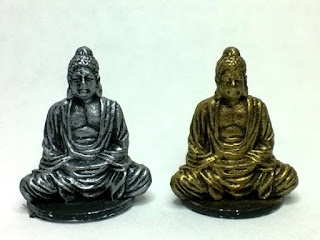 There was a surprising amount of detail on these little things, and they will look great in all sorts of genres. They can serve as objectives, treasures, or just set decoration. 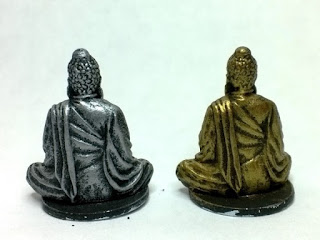 I guess they're life-size for 28mm scale, so it might be problematic for a single figure to cart one off; you'd probably need at least two people working together. Or maybe there's a hidden compartment with the treasure .... 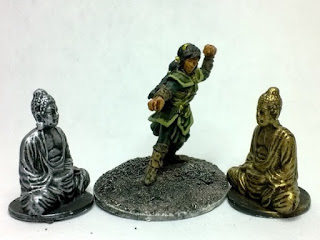 Maybe not as productive, but I do enjoy converting spare household bits and random toys into gaming accessories. Do other gamers do this often?