Some Ghost Archipelago for you 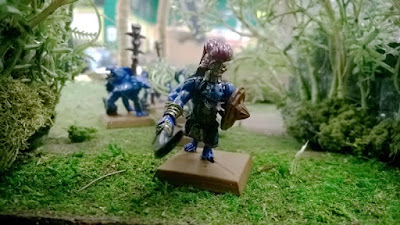 These pics are from a Ghost Archipelago game back in April. I took my Lizardman Heritor and the rest of his crew back into the jungle. 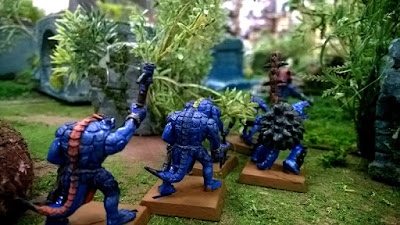 Sorry; I don't remember any specifics about the scenario. I do know my Heritor got into it with an opposing Heritor, but both of us escaped serious damage. 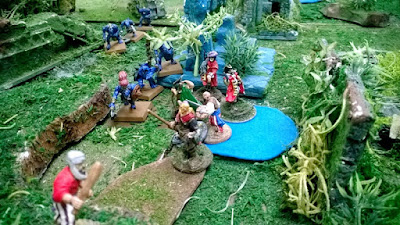 There was also evidently some native fauna to deal with. Whatever happened to reptilian solidarity? 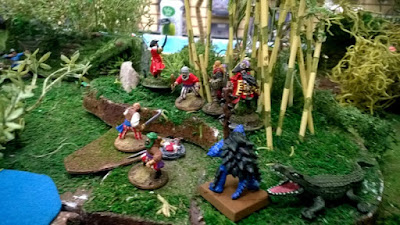 Due to vacations and other obligations, we haven't played GA in over a month. Perhaps as a means of relief from the heat, we're probably gonna start a new Frostgrave campaign.
Posted by Desert Scribe at 9:00 PM No comments: 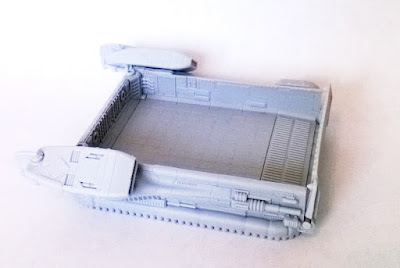 I found a resin Kracken hovercraft meant for Dropzone Commander that will work great for my Ogre games. Even though DZ is in a larger scale than Ogre, this hovercraft is just big enough (with the loading ramp down) to fit a Mark V Ogre. 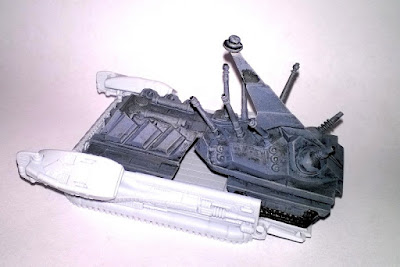 Note that this hovercraft will only fit a more modern, SJ Games version of the Mark V. I tried it with an older Ral Partha model, and the RP sculpt was slightly too wide. 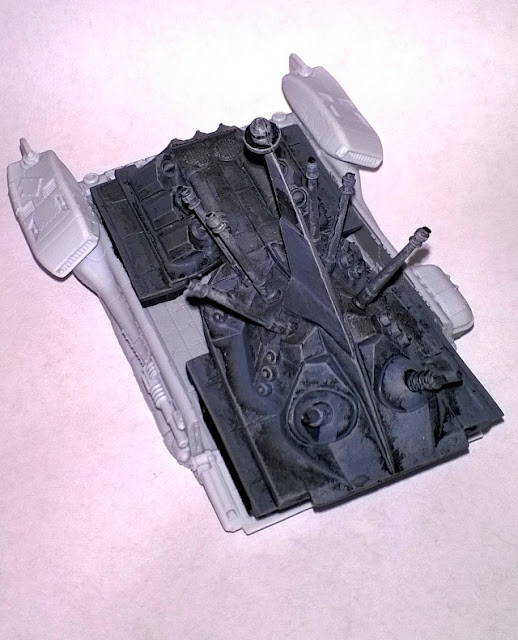 I also came across this futuristic Hot Wheels aircraft at the supermarket. Unfortunately, I can't remember the name of the model and I threw away the packaging. I plan on using this as an aerial transport of some sort. 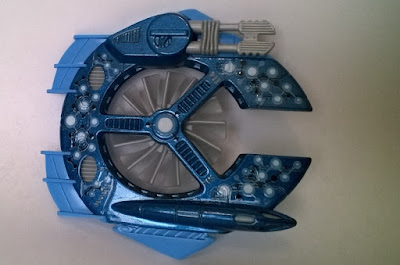 Right now it's been disassembled, and I've removed that large fan in the middle. I may replace it with an acrylic disc--which will better represent the blades at 6 mm scale--or I may jus leave that well open. 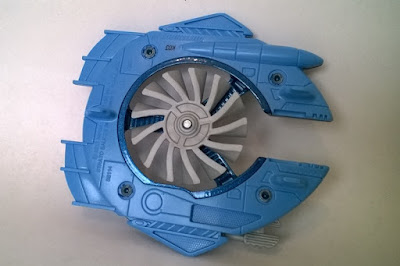 I will repaint the underside (while keeping the dorsal paint scheme at my wife's suggestion) and remove the large gray protrusions (weapons, I guess) on the port side. 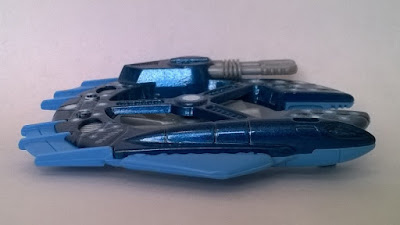 Since I already have plenty of smaller, conventional units, these larger vehicles will help balance out the tiny-to-huge vehicle ratio.
Posted by Desert Scribe at 9:00 PM 3 comments: 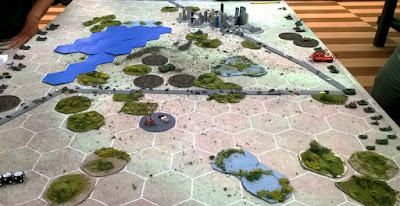 I'm getting later and later with these battle reports, but I don't care, 'cause it means I'm doing a lot of gaming on a regular basis. This game involved two sides fighting to recover an immobilized Ogre from a long-forgotten battle.
The dormant Mark III-B sitting in between the two opposing forces would have to either be hauled out or field-repaired and driven away.
But before that could happen, the two sides sped down the freeway to beat on each other in what would turn into a very bloody battle. 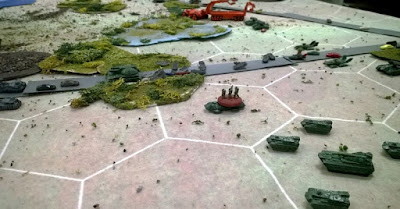 To recover the prize, the attackers (gray army) had combat engineer infantry. The defenders (green army) also had an OGREcovery vehicle, in a nice construction orange shade.

Meanwhile, the freeway firefight devolved into overrun combat, which cut the road. I use the round markers to indicate destroyed units. They're made from adhesive stickers attached to one-cent coins and spraypainted brown and black. One of my regular players, Wes, christened these tokens "death pennies." 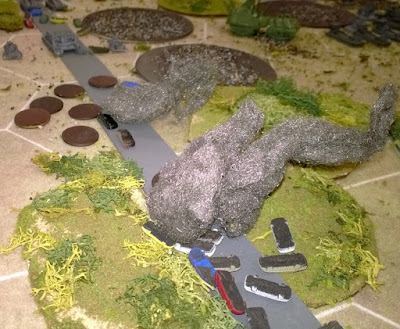 This roadside brawl left a lot of units from each side destroyed, as you can see by all the dead unit markers. 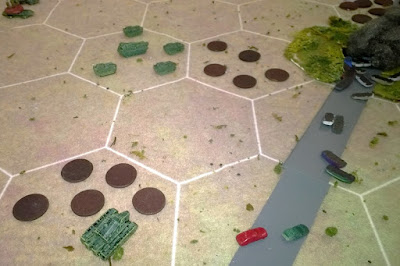 But each side kept shoving in more tanks, hoping to swing the battle. 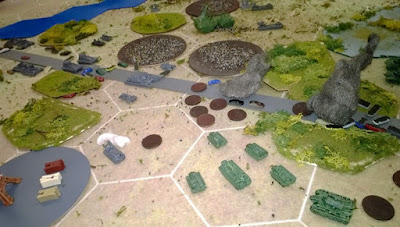