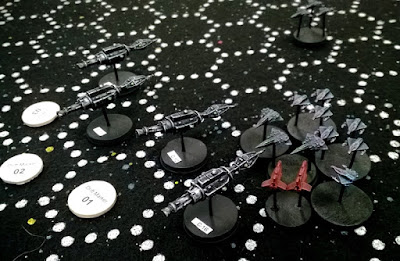 After reviewing feedback from my gaming group, I ran a refight of my Galactic Knights convention scenario, appropriately tweaked. By designating the starting points for all the ships, I took away a player decision point but enabled the action to start quicker. It also put forces in position where interesting things would happen. 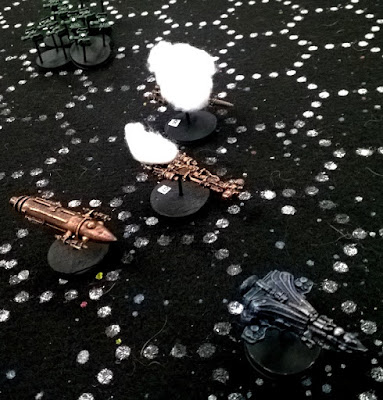 So we had ships attacking transports, ships defending transports, and ships trying to capture other ships. The players tried to play to their assigned scenario objectives, which were at least in theory achievable. 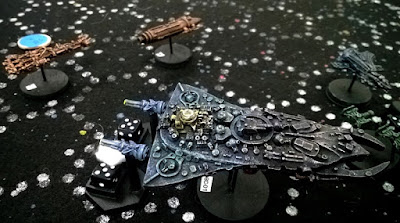 In the full convention game, with individual players for each force (we doubled up in the playtest), the interaction between "allies" with disparate goals can produce some unexpected results--and as the game master, I love it when player surprise me. 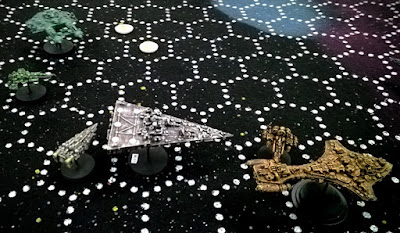 I'm looking forward to running this at MillenniumCon, and let me again recommend that you playtest your convention scenarios.
Posted by Desert Scribe at 10:01 PM 18 comments:

Dusting off Hordes of the Things 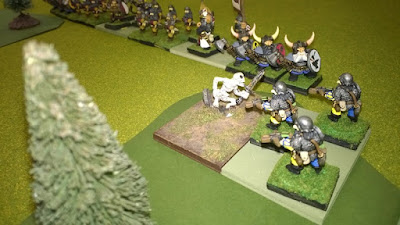 Back in San Antonio, the folks I gamed with played a lot of Hordes of the Things. Here in Austin, not so much. In fact, I had never played this ruleset with my regular gaming group until recently. 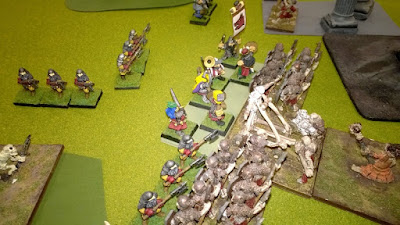 I brought one of my favorite HotT armies: my Nightmare Legion. The other players brought old figures from their collections and used some bases I loaned them. I defended (a chance to show off my skull stronghold). My first opponent took a bunch of dwarves, mostly blades and shooters with a hero or two, who ended up making their way to my Magician general and winning that battle. 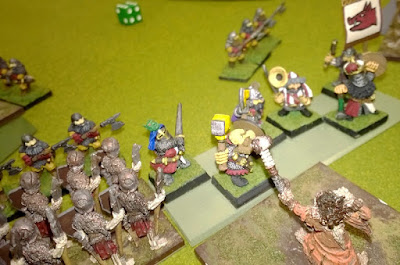 I also brought another favorite army: Surtr and the Sons of Muspel (this time showing off my volcano stronghold). My next opponent took a human army with knights, shooters, spears, and a hero. I was too impatient to let the enemy come to me, so I sent my fire giants forward. 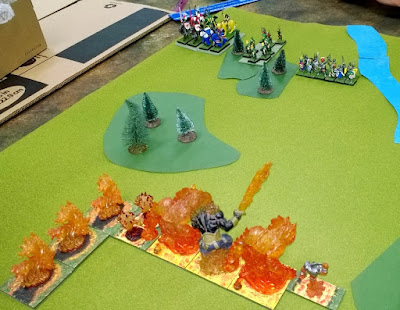 Having to deal with the bad going led me to split my forces, especially as his mounted elements started trying to flank me on my left. I sent the beasts (wildfires) to try to hold them off--a bad idea as it turned out. 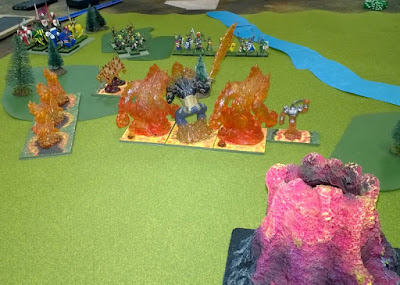 While the knights tried to stamp out the wildfires, I sent Surtr and his buddies against the shooters. However, since they were in the woods, they were hard for the fire giant to see, and the bowmen ended up recoiling one behemoth and then taking out my general. 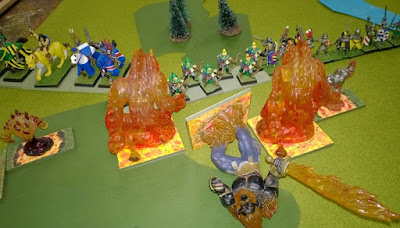 Of course, I didn't mind losing either game, since I had a chance to demonstrate this ruleset and hopefully get my gaming buddies to dust off and rebase some of their old figures so we can play more Hordes of the Things.
Posted by Desert Scribe at 10:41 PM No comments: 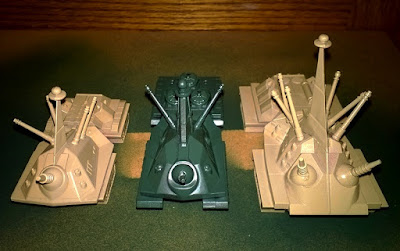 I put together and basecoated three Ogres from the SJ Games plastic miniatures line: the Mark III, Mark IV, and Mark V. Now I just need to do some detailing so I can have these ready for MillenniumCon, where I'm running my usual Monopolis game (plastic minis using the boardgame rules with 3-D terrain on a large hex mat). I'm still not sure if I will use all of these models in my scenario, but I'm leaning that way. I need more time to think about it, but the game convention is just two weeks away. Am I the only one that commits to run a convention scenario and then waits till the last minute to get it ready?
Posted by Desert Scribe at 11:58 PM 2 comments: 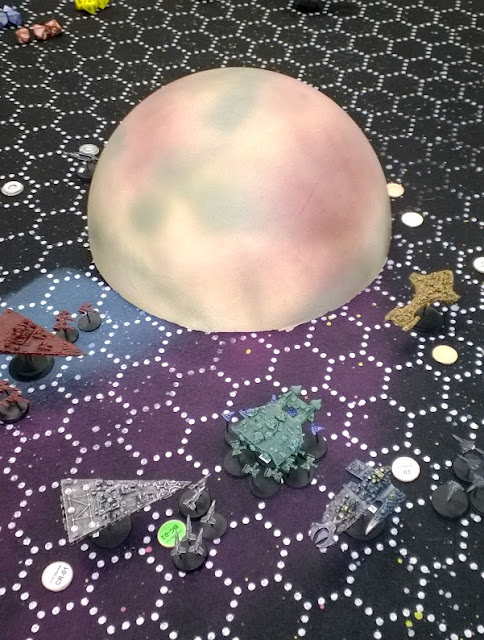 For the first time in a long time, I'm running a spaceship game at MillenniumCon. Last week I took it to Dragon's Lair so our group could playtest the scenario. From the event description:


Operation Bug Tussle During the invasion of the Entomalian Empire, Operation Bug Tussle was an unremarkable skirmish until unexpected allies showed up, making this the first battle of the Fourth Interstellar War to involve all of the Five Galactic Powers. Play as the Terrans, Entomalians, Avarians, Carnivorans, or Aquarians in this spaceship miniatures game using vector movement on a hex grid. 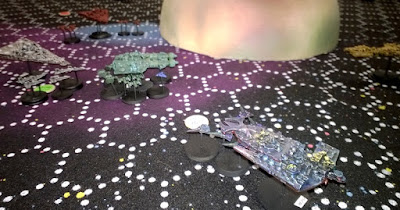 The players noted some improvements that could be made to the scenario to make it more interesting for the players. I'm glad we had a chance to try it out before the convention. Hope to see you there.
Posted by Desert Scribe at 11:34 AM 4 comments: