All Things Zombie at MillCon 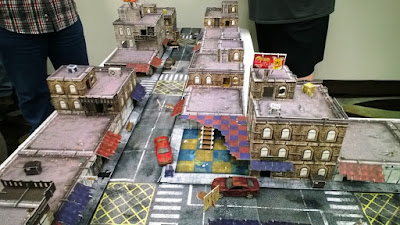 I had the chance to play in a massive game of All Things Zombie at MillenniumCon last weekend. My brother and I were part of a 12-player scenario called "A Walk in the Neighborhood." Jeff was the GM, and he had a massive cardstock city set up on two tables in an 'L' shape. He also had Ed the THW Guy, whose vendor table was right next to us, help out with running the game. 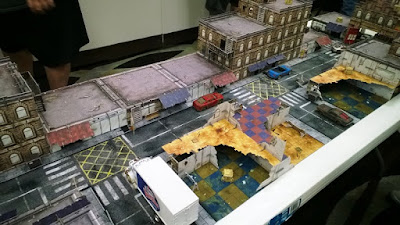 The scenery looked great, and so did the figures, which recalled various characters from popular culture, including the mini that I selected. 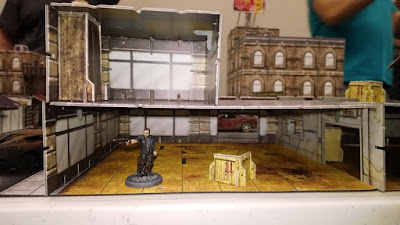 My brother picked another figure carrying a firearm to join my wasteland warrior, and we entered the neighborhood. Our goal was to get as much loot as possible, and then get out. 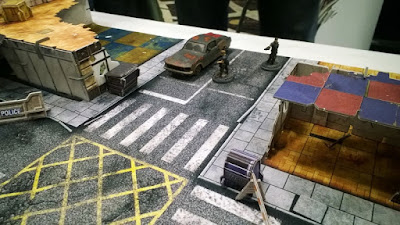 Other players had the same goal, as well as the ability to help or hinder one another in this game. 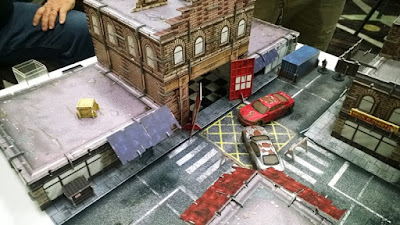 We decided to play it cool at first, and search the area where we entered. 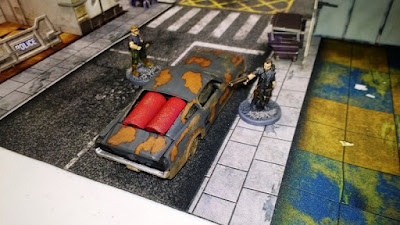 Of course, there was a zombie just up the street from us, in front of a building that reminded me of Led Zeppelin's Physical Graffiti album cover. 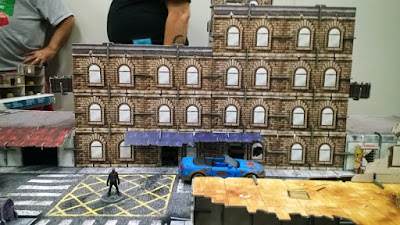 An another zombie in the building we were searching. 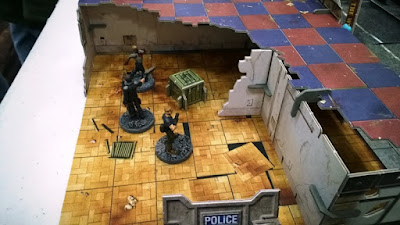 We decidede to fight it hand-to-hand, as gunshots tend to generate more zombies in this game. 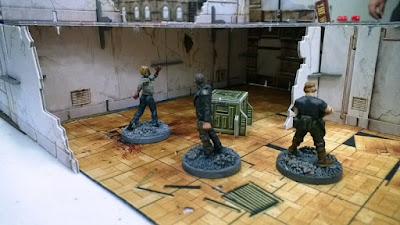 Other players weren't as quiet when they used chainsaws or firearms against the biters. 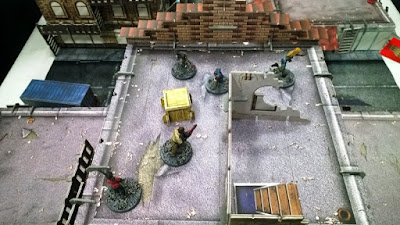 Oh did I mention that some of the zeds weren't your traditional walkers, but rage zombies a la 28 Days Later? 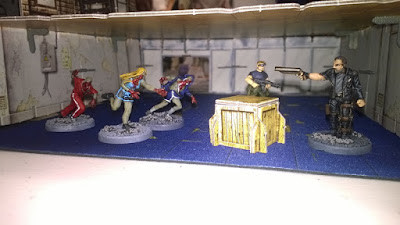 Meanwhile, up the street, the military put in an appearance and was met with a warm reception. 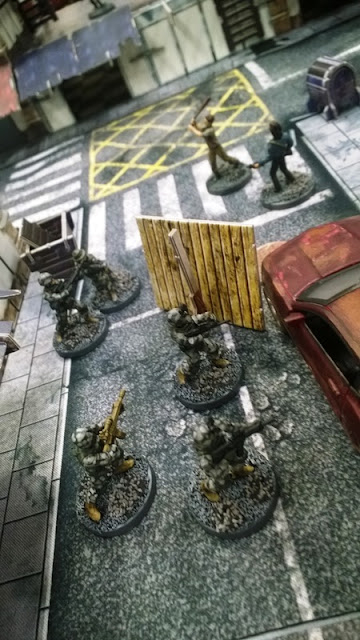 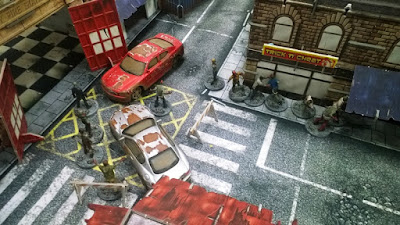 In addition to player characters, nonplayer military, and the walking dead, we also had to worry about NPC survivors, like this guy who instantly took a dislike to us. 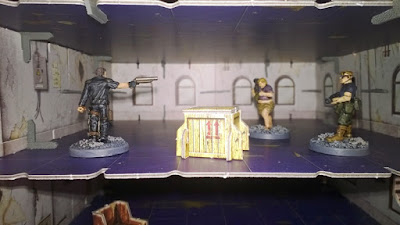 Unfortunately, he got the drop on us and came out shooting. My poor character was obviously dead. 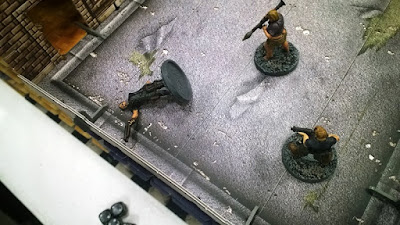 My brother escaped the angry RPGer, and wandered next door. 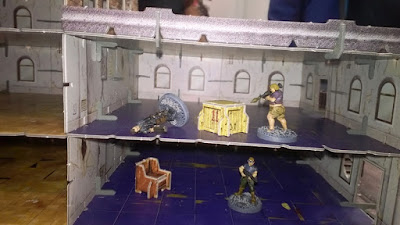 He teamed up with another player to have a nice vantage up and down the street if shooting was called for. 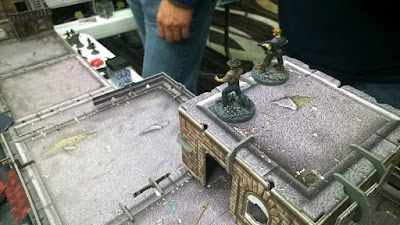 I wandered off at that point, but I had a good time playing, and the table looked fantastic. It was great hanging out with Ed, and I look forward to more ATZ with my brother.
Posted by Desert Scribe at 6:34 PM

That Battle Systems Urban terrain is really cool. Ed and I helped tweak the rules Jeff used for the demo a couple months back, and they were a lot of fun. I really wish that I had of been able to attend this year. That game and your's were the ones I really wanted to participate in.

The table looks indeed fantastic and it seems like a very fun game.

Man, once again I am regretting not being able to make it to MilleniumCon. How is it possible I can make it to Historicon but not MilCon, which is relatively speaking, just up the road from me?

Anyway, it looks like you guys had a blast.

Yeah, that table is a thing of beauty. I'll need to check out that product line.