Returning to gaming with Stargrave

Our first miniatures game since the pandemic began (yay vaccines!), so I rebased my old Rogue Trader-era figures as my Stargrave crew (all original 30-year-old paint jobs, except the commissar, who I painted within the last decade or so). The Bastard Squad is led by Al S.T. Claar, the comissar. He still thinks he's in a 40K game, so he has some words about the Emperor he would like to share. 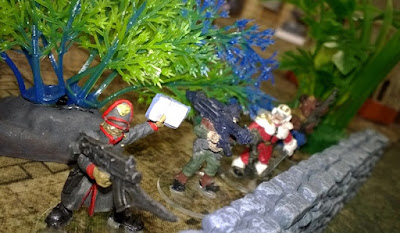 Since there were four of us, we had plenty of terrain to fill a 6' x 6' table at the game store. We decided to just play a generic game with all four players to get to know the rules. 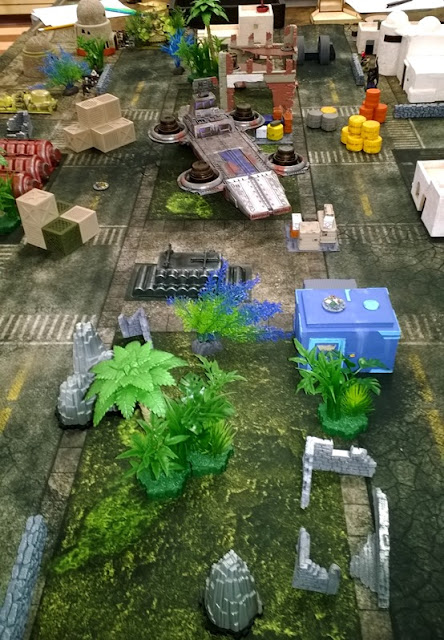 Mechanically, this game is very similar to Frostgrave and Ghost Archipelago. But with weapons like grenades--and grenade launchers--it's not a good idea to bunch up. 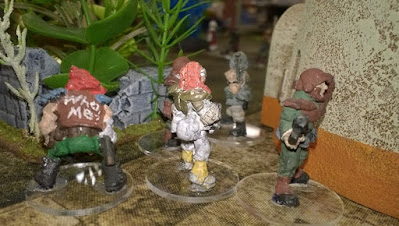 My captain made the mistake of getting out in front of his men. The idea of hand-to-hand combat was just too enticing. 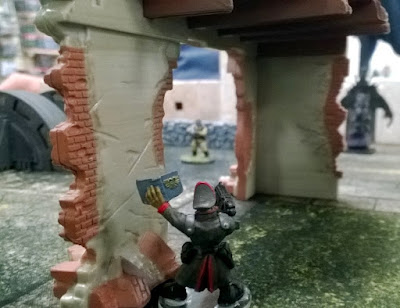 Meanwhile, on the other side of the board, another player's space goblins were having a hard time accessing a data loot objective. That's because he didn't have a hacker in his crew, which gives you a +6 when you try to download data. His basic crewgoblins kept missing their target rolls, prompting me to joke that they're standing in front of the termal confused, asking each other, "Which one's the 'any' key???" 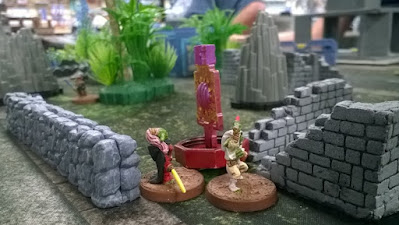 Meanwhile, my Sentry, Whome, was mixing it up with a bunch of United Federation of Planets crewmembers. 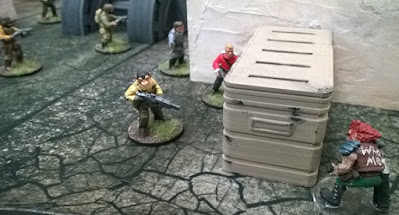 All the shooting meant a roll on the Unwanted Attention Table, drawing in a bounty hunter. As luck and the placement dice roll would have it, he appeared on the side of the board right next to my guy. 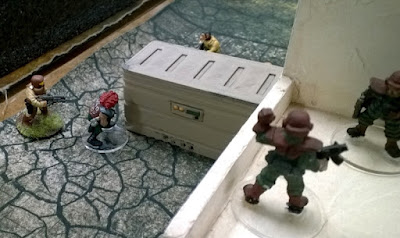 Trooper Red joined in the skirmish, firing upon the bounty hunter, but not doing anything. Whome couldn't gun down the mercenary either. 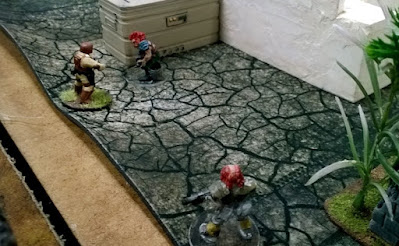 The mercenary shot back, knocking down my sentry.

Meanwhile, Der Komissar was trying to spread the good word in hand-to-hand combat with a UFP crewmember. 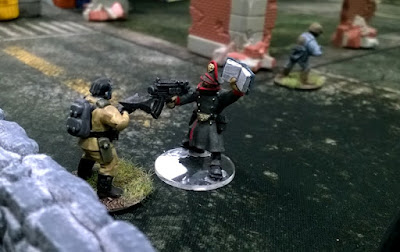 Across the table, the space goblins were having a hard time against a generic Stargrave crew run by the fourth player of the evening. 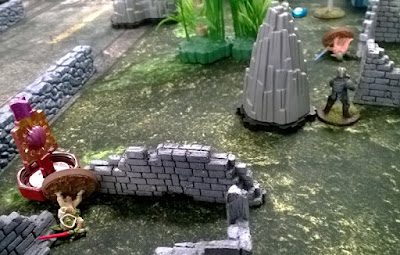 The UFP got to a data terminal that I had run right past because I didn't notice it, thanks to the camouflage from those plants (repurposed Heroscape terrain). I need to pay more attention when people put down loot markers. 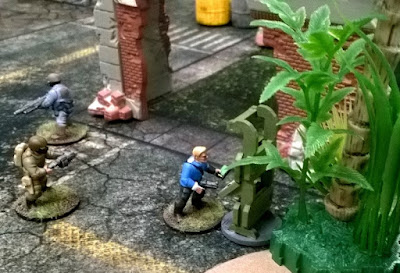 Finally, the bounty hunter, he got knocked down--but he got up again. And then he shot and killed my guy. Taking his leave right then, he left the board for good. 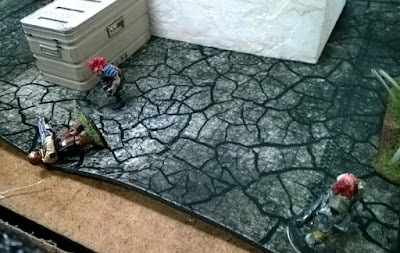 Having no luck with the first crewmember, my captain went to discuss the subject with my opponent's first mate. 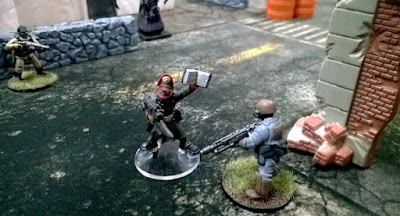 He was also not interested in learning more about the Emperor, and dispatched my team's leader--taking him out of the game. Alle ist klarr, her Komissar? 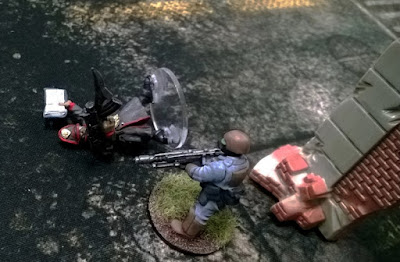 All in all, I think I only had three or for figures make it off the map. Still, it was a fun learning game--and even more wonderful to be back to in-person gaming. Let's home we can keep it up in the months ahead.
Posted by Desert Scribe at 12:35 PM

Stargrave is a fun game. I have played several solo missions using the dead or alive supplement but it’s always more fun with people.